Freek Vonk, PhD, and his crew were filming an extensive documentary on Caribbean reef sharks and hammerheads in South Bimini. Freek, 34, a fearless Dutch wildlife TV presenter, was in the water filming his introduction to the documentary while shadows of reef sharks were beneath him.

“I started my introduction about how they are not the monsters and biting dangerous animals most people think – they are beautiful and amazing creatures,” said Freek. “But while filming, I suddenly got hit on the chest by a shark that exhibited odd behavior and when it swam back around a second time, he put his jaws on my arm and ripped off flesh.”

The crew immediately pulled Freek out of the water, only to learn that his arm was in bad shape. They brought him to safety on land, where he was evaluated and it was determined that he needed immediate medical attention.

The United States Coast Guard brought him by helicopter to Ryder Trauma Center at Jackson Memorial Medical Center in Miami. 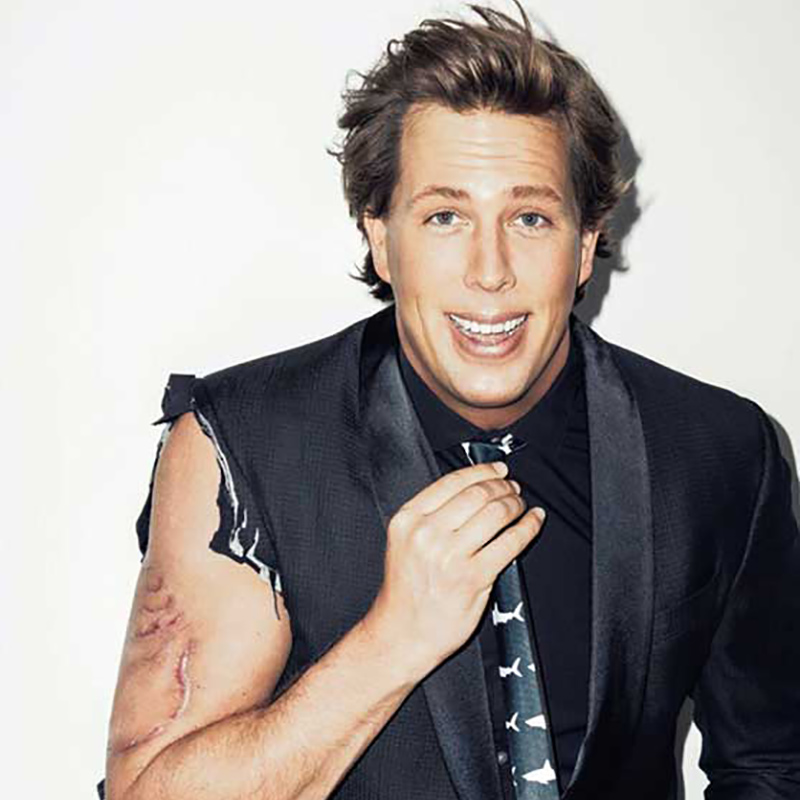 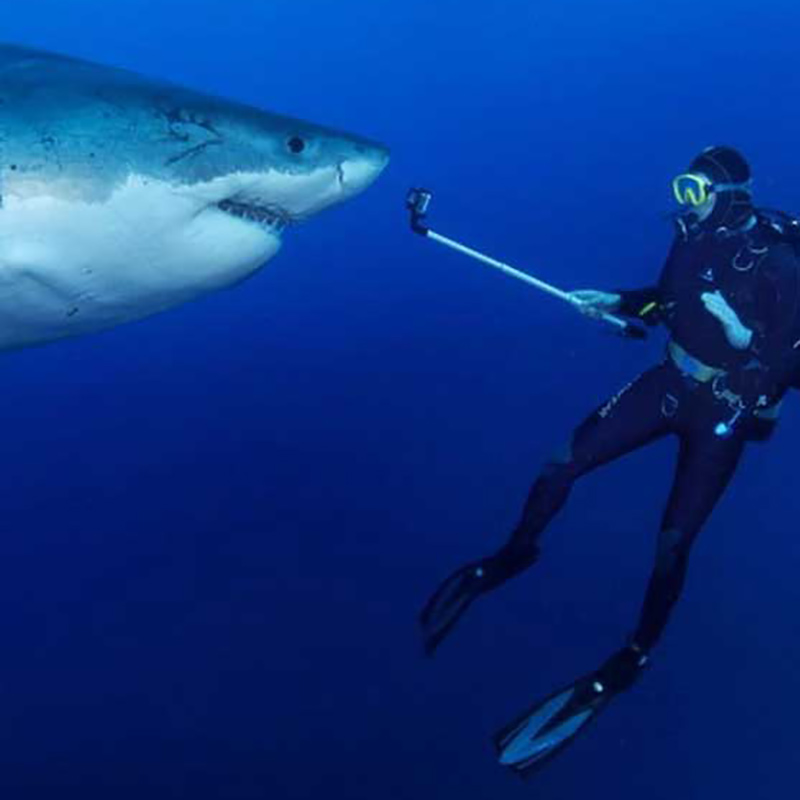 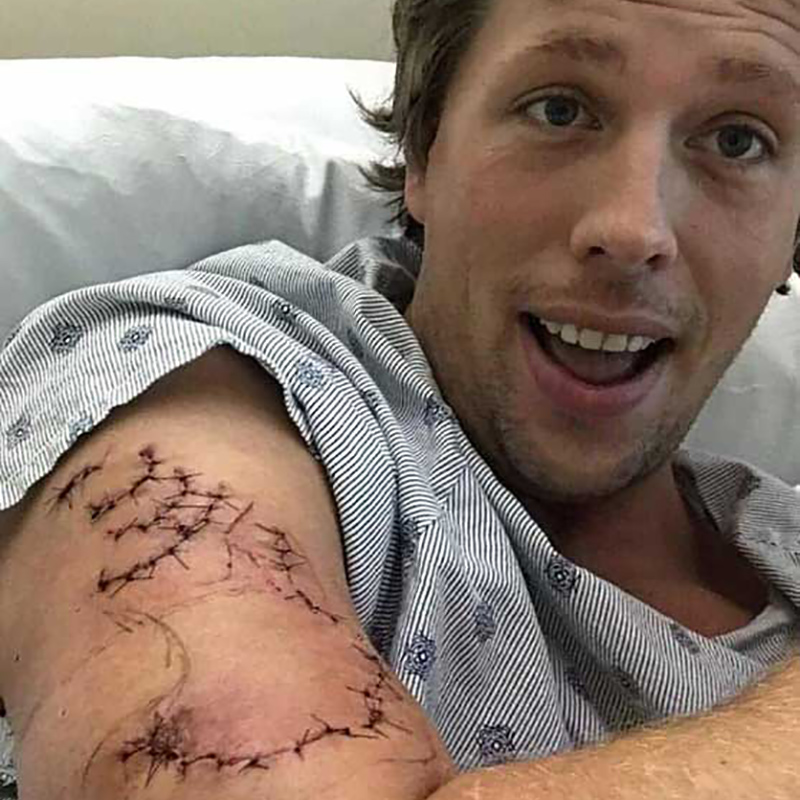 “The staff at Ryder Trauma was incredibly friendly. I was in the best hands I could have been with Ryder Trauma Center’s world-class facilities and surgeons; Dr. Lieberman was amazing and made sure I didn’t get any infections.”

As a biologist who specializes in the evolutionary biology of reptiles, Freek always knew that the chance of being bitten is a risk associated with his job. In fact, he had been bitten before by other creatures including another shark – but with far less physical consequences.

“He sustained a shark bite to his right upper arm involving both the bicep and triceps muscles,” said Dr. Lieberman. “He had roughly 100 stitches, undergoing one major surgery which involved extensive and aggressive washing of the wound and debridement of dead skin and muscle.”

Ryder Trauma sees about two shark bites a year due its to geographical location and the expertise of its medical team.

Freek’s arm has fully recovered, and he is back exploring in the water. Since the injury, he has swam with white tip and grey reef sharks in Malaysia. He’s also working on a documentary to create awareness on the conservation of sharks.

“We share the planet with so many different species, and all of them have their very own and unique story to tell, I like to tell those stories,” said Freek. “I’d like to change the worldview of sharks and make a difference to save these species.”

Freek has produced and hosted more than 50 shows focused on wildlife, geared toward children, and has traveled to more than 100 countries. He publishes a monthly kids magazine about nature and wildlife, writes books, presents yearly live shows about his adventures, and has his own foundation that fights against wildlife crime and poaching.

He plans to return to Bimini to conclude the documentary on the very shark species that bit him – the Caribbean reef shark – and continue his research at the Naturalis Biodiversity Center in his native land of the Netherlands.